The once-thriving capital of the historically famous Moorish kingdom of Al-Andalus is an ideal choice for a city break or a road trip around Spain. Cordoba, the ‘City of Flowers’, will amaze you both by its beauty and its history on your halal-friendly holiday. Discover the beauty of the great buildings that were built in the Golden Age of Islam including the brilliant Great Mosque of Cordoba.

When you arrive in Cordoba, you will be welcomed by the inviting atmosphere, welcoming culture and hidden heritage of the city in a clustered maze of cobblestone alleys. Each street has a hidden treasure trove with shops selling famous leather goods, artisans busy at work displaying their wares, or the aroma of tasty Mediterranean cuisine. The signature white washed buildings and terracotta roofs paired with the colourful flowers are enough to create a charming and mysterious golden glow to your holiday.

Practical tips for planning your visit to Cordoba

Flights from the UK are available to the two main airports near Cordoba: Sevilla (SVQ) and Malaga (AGP). From the airports, trains and buses will take you to Cordoba. Perhaps one of the popular options of touring around Southern Spain and Cordoba is hiring a car - they can be picked up from the airports.

The warmest month to visit Cordoba is July, when temperatures are in the high 30s and you are guaranteed nice weather on your halal break. However, the summer holidays are the busier months and there are often queues at the main tourist attractions. The weather from spring through to autumn is mild and less busy, so you can combine sightseeing with relaxation.

Tip: Keep an eye out and admire the unique doors and entryways of Cordoba, built with beautiful and ornate details engraved into them.

Cordoba for the halal-conscious traveller

The Moorish influence can be seen all over Southern Spain and Cordoba. The Islamic art and ornate scriptures are mesmerizingly on display until this present day. When the Christians reconquered Andalusia in 1236, they were so mesmerised by the islamic architecture and design that they built their Cathedral within the rows of arches of the Mezquita. During the Islamic Golden Age in which Muslim countries flourished economically, culturally and scientifically, the Islamic world and countries were a beacon and icon for the rest of the world, inspired by new inventions, art and discoveries. As the South of Spain, Andalusia, was occupied by the Muslims (Moors) and ruled by the Umayyad Dynasty for a time, Cordoba was the hub and education centre for learning to the rest of the Islamic world. The Mezquita, which was ruled by the Umayyad Dynasty from 929 to 1031 and spacious enough for an astonishing 40,000 people, served as a mosque and a university for Muslims to study.

Although the call to prayer can no longer be heard today in the streets of Cordoba, there are various small mosques created by the Muslim population of Cordoba who have immigrated in the recent years. Tucked in the alleys, you will see prayer facilities decorated in a similar style to the other traditional buildings of Spain, where you can find ablution facilities and perform your prayers. If you are unsure where to find your closest mosque, ask a local as they are always eager to help.

Sites to visit in Cordoba

Mosque–Cathedral of Córdoba
The Great Mosque, Mezquita of Cordoba was built in 785 under the orders of Abd ar-Rahman I. At that time, Cordoba was the capital of Al-Andalus and was extended many times. The ornately decorated mosque underwent many beautiful additions up until 1236, when it was converted to a cathedral after the reconquest of Cordoba by the Christians. The Mezquita is an amazing site to see and to appreciate the well-maintained Islamic architecture and history.

Alcazar of the Christian Monarchs
This historical fortress was once the residence of Isabella I of Castile and Ferdinand II of Aragon. Built in the year 1328, it is now a UNESCO World Heritage Site and is home to iconic gardens and magnificent courtyards.

Medina Azahara
This palace-city on the outskirts of Cordoba remains as a major archaeological site. It was first built in the 10th century by Abd ar-Rehman III who declared himself Caliph and built a new city as a symbol of his rule. It was the capital of the caliphate of Cordoba and served as the government centre.

Roman bridge of Córdoba
Built in the early 1st century, the historical bridge of Cordoba has been reconstructed many times over the years. Crossing the Guadalquivir river, it offers beautiful views of the sunrise over the river. It has been named as a UNESCO World Heritage Site in Cordoba and is a peaceful walk to take in the views of the city.

Torre de la Calahorra
The Torre de la Calahorra is a large tower which was used as a defence building and is the oldest in the town. It was built by the Muslims to prevent the city from any attacks, and after the reconquest, it underwent a big reconstruction. The imposing tower attracts many tourists, but also is home to a museum with Jewish, Christian and Muslim artefacts from the history of Cordoba. It also displays the story of Andalusia as it was once the leading society for science and pioneering.

Halal food and restaurants in Cordoba

Cordoba has an array of food options to tantalise your tastebuds. A range of authentic Spanish restaurants are available - most places will accommodate a vegetarian diet and substitute the chicken/meat with seafood or vegetables. Keep an eye out for any alcohol used in sauces and desserts. Make sure you taste the Salmorejo, a cold tomato-based soup, the Seafood Paella and definitely the Churros, a Spanish delicacy served as a popular Sunday breakfast dish. The rule of the Moors introduced some staple ingredients now incorporated in the modern-day Andalusian cuisine such as rice, saffron, dates, ginger and fresh pomegranate juice. Andalusia is also one of the largest olive oil producers.

Halal food is available in many Indian, Middle-Eastern and Turkish takeaways and restaurants around Cordoba and Southern Spain, ran by the small local Muslim population. Most will display a halal sign, but if in doubt, always ask inside.

With around 57 properties in Cordoba on HalalBooking, you can plan your perfect trip to the city and its surrounding areas. Choose from quaint hotels to luxury rooftop stays. Explore properties with halal food nearby or available in advance, or opt for an alcohol-free stay. Make your halal holiday exciting with amenities including pools and spa and wellness facilities. Enjoy flexibility at HalalBooking with options of ‘free cancellation’ and ‘book now, pay later’. 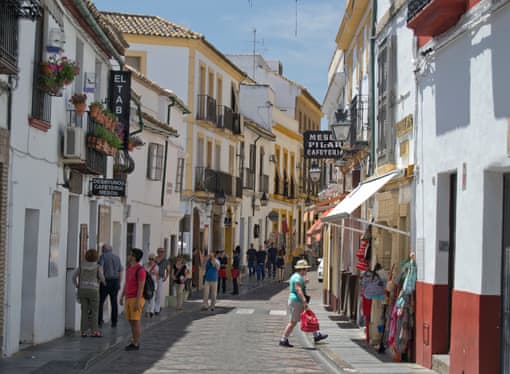 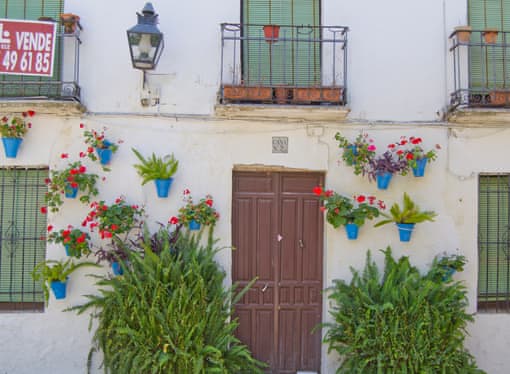 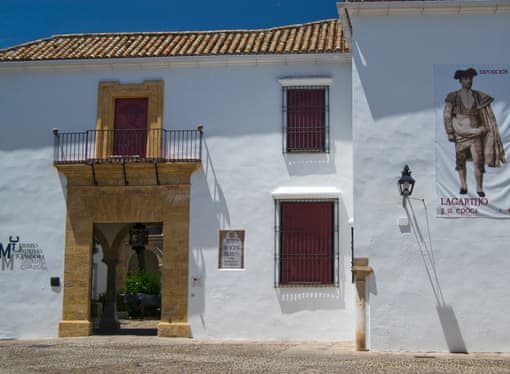 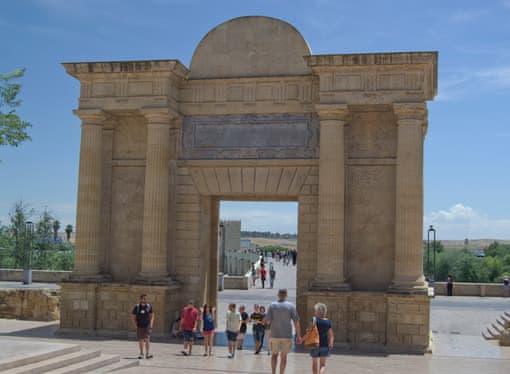 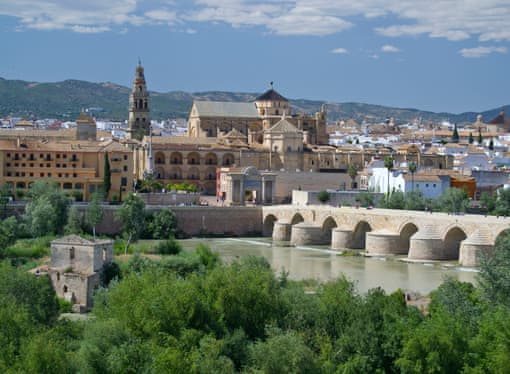