(valid for most properties)

A Halal-friendly stay in Paris

How many Muslims live in Paris?

The cosmopolitan city of Paris has a large multicultural population. In fact, France has the largest Muslim population in western Europe numbering an estimated 5.7 million Muslims, or some 8.8% of the population. Approximately 10-15% of the population of the Metropolitan Region of Paris is Muslim, some 1.7 million people. Although there have been Muslims in France for many centuries, many Muslim communities settled here from the Maghreb regions of north Africa, during the period from 1954-1962, following the colonial wars of Independence, in countries such as Algeria, Morocco and Tunisia. France’s Muslim community also has its roots in Turkey as well as in Sub-Saharan Africa and the Middle East.

Is it ok to wear a hijab in Paris?

It is very common to see women wearing the hijab in Paris. In fact, Islam is the second biggest religion in France after Catholicism. France’s well-documented policy of laïcité roughly translated as ‘secularism’ has its roots in the French Revolution, and was originally based on the desire to free public institutions from the influence of the Catholic Church. Over the past century, government policy has been based on the 1905 law to ensure the separation of church and state. This has led to well-publicised difficulties for some Muslim women, since the state is opposed to the wearing of ‘conspicuous’ signs of religious expression, which in some cases has been applied to girls wearing the hijab in schools. This is not something which would affect Muslim tourists visiting Paris, however.

Is Paris a good city to visit as a Muslim?

Paris is a popular city for Muslims to visit. It offers a good choice of restaurants serving halal food, great shopping opportunities and plenty to see and do. With the largest Muslim population in western Europe, it is also common to see women wearing the hijab. In short, most Muslims will find that they are pleasantly surprised by how much they enjoy a stay in Paris.

There are many excellent halal restaurants situated throughout Paris, many of which are close to the sights and the areas where HalalBooking’s hotels are located. Cuisine ranges from Middle-Eastern to Tex-Mex, Turkish to Indian, as well as chic French options for fine-dining halal food. It’s not possible to cover all of the halal food options here, since there are too many and they are constantly changing, with new halal restaurants opening all the time. It’s a good idea to look online for recommendations, but these are some of our favourites:

For French specialities try the Alambra Restaurant Grill, which has restaurants in two different locations serving halal steak, pasta and even raclette, the delicious melted cheese dish which is popular in French ski resorts. Le Petit Gourmet is conveniently located in Montmartre and serves classic French bistro dishes such as duck confit or fish soup, all made from halal meat. Try its selection of waters from around the world. Les Grands Enfants is on the Ile de France and offers a stylish ambience and grown-up French halal cuisine - perfect for a treat, but it’s best to book in advance. It is an alcohol-free restaurant and offers a good range of mocktails with a choice of set menus. Another French fine dining experience is Le Jumeyrah with its traditional French cuisine, all made from halal meat, in an alcohol-free environment. It is popular, so reservations are advised.

For world halal cuisine in Paris, you could try the alcohol-free Tilal, a popular Lebanese restaurant, conveniently located near the Centre Georges Pompidou in Chatelet les Halles. Le Wok Saint Germain is also alcohol-free and serves fusion Thai, Chinese and Vietnamese fare, in the fashionable Odéon district. Le Baili is renowned amongst halal food connoisseurs for its artisan burgers and Tex-Mex food. It also provides an alcohol-free ambience and is not far from the famous Père Lachaise Cemetery in an un-touristy area. For tasty Moroccan food head to Argana, for reasonable prices and delicious couscous. Although it doesn’t sell alcohol, diners are allowed to bring their own. Those who are short of time or on a budget may want to try the delicious halal street food from Chez Cleopatre. This popular take-out stand offers Greek fast food with tasty falafel, kebabs, sandwiches, chips and soft drinks. Take a break from sightseeing if you are in the Opéra district - it’s not far from Montmartre and Sacré Coeur

Do restaurants in Paris have halal certificates?

Some restaurants are officially halal-certified, although it can be confusing as there are many different halal certification bodies operating in France, so there is little uniformity of standards. One of the most popular is AVS. The best advice is to ask in individual restaurants to ensure that the food meets your own halal requirements.

If you can’t find halal food nearby then going vegetarian is always an option - crepes or pancakes are usually easy to find, very French and there’s a good variety of sweet and savoury vegetarian options. If you get fed up of the usual soft drinks then you can always try a refreshing citron pressé or freshly squeezed lemon juice. It often comes with sugar or syrup and water to dilute and sweeten as required.

HalalBooking offers an excellent choice of hotel accommodation in Paris, mostly in 3 and 4 star category hotels in central locations, which make them a perfect base for sightseeing or for business. You can choose from chic, contemporary design or more classical décor. Although it is not common to find halal hotels in Paris, it is so easy to find halal restaurants in the city, that even if your hotel is not able to provide halal food, it will not be difficult to find plenty of excellent halal food options nearby. Similarly, although most of our Paris hotels do serve alcohol in their bars or restaurants, they will ensure that you have an alcohol-free room, by ensuring that there is no alcohol in your fridge, if you book on HalalBooking.com.

Shopping and Fashion in Paris for Muslims

Paris is famously the European capital of fashion, effortlessly stylish and home to many of the world’s great design houses. In 2018, Paris played host to its first Modest Fashion catwalk show as part of the Oriental fashion show. Its Faubourg Saint-Honoré district is where you will find the flagship stores of many of the most famous French designers such as Hermes and Yves Saint Laurent. The Champs Elysées is another great place for finding designer boutiques including the flagship stores of Chanel and Dior. On Boulevard Haussmann, you will find two of Paris’s most famous department stores, Galeries Lafayette and Printemps - the epitome of Parisian elegance.

The popular Rue de Rivoli is a great place for shopping in Paris, even for those on more limited budgets. Those who want to search for bargains may wish to head to the well-known outlet La Vallée Village, which is not far from Disneyland Paris.

The Louvre’s Department of Islamic Art

The Cour Visconti is the setting for the Louvre’s Department of Islamic Art, covered with a stunning undulating glass roof which covers the historic courtyard. Some 3000 objects are on display here, originating from three continents and spanning 1300 years of history. There has been a Muslim art section at the Louvre since 1893 and the whole collection contains over 14,000 objects including those from Royal collections as well as donations and acquisitions from private collectors.

The Arab World Institute contains a fascinating mix of temporary and permanent exhibitions and is well worth a visit, for those interested in Islamic culture. These not only display Islamic heritage but also the pre-Islamic past of Arab countries, from neolithic times onwards.

The Algerian Cultural Centre is situated in the 15th arrondissement and plays host to many cultural and artistic event, showcasing Algerian Culture. It also has its own library with works in French and Arabic.

There are over 2300 mosques in France, and since Paris has a significant Muslim population it is very easy to find places to worship. Many neighbourhoods have mosques catering for different Muslim communities.

Where can I find a mosque in Paris?

These are some of the best-known mosques in Paris:

Grande Mosquée de Paris - Grand Mosque of Paris
This beautiful mosque was completed in 1926 and built in the Moorish style. Its minaret is 33 metres high and it is the largest mosque in France and the third largest mosque in Europe. It was founded after the First World War as a symbol of gratitude to the Muslim soldiers who died fighting for France. During the Second World War, when Paris was occupied by Nazi Germany, it famously acted as a refuge for Jews, where they were given shelter and issued with Muslim birth certificates. The Mosque is set in peaceful gardens with its own small café serving delicious pastries, Moroccan tagines and refreshing mint tea. It also has its own Hammam or Turkish Bath, which is open to ladies only on certain days of the week and men only on others. Check for details before visiting as the baths have also been undergoing refurbishment work.

Mosquée de Gennevilliers Ennour
This attractive domed mosque was opened in 2010 and is an active community centre, situated on the outskirts of Paris.

Some of the French capital’s largest mosques are located in the suburbs. These include the Mosquée de Créteil also known as La Mosquée Sahaba, which is a modern, suburban mosque housing two large prayer halls for men, and one for women, which is home to an active Arabic language school.

Other significant mosques include the Mosquée d'Aulnay-sous-Bois, the Mosquée de Tremblay-en-France, which is not far from the airport of Paris Charles de Gaulle, and the biggest Mosque in France : Mosquée d'Evry-Courcouronnes.

Ladies-only Facilities and Spas in Paris

If you’re feeling a bit weary from sightseeing in Paris and need somewhere to relax and unwind, then do check out these ladies-only spas. They are the best way to soothe tired limbs and feel refreshed and rejuvenated.

The Hammam Medina Center is an oasis of calm, open to women-only on Monday-Friday and Sundays. It has a sumptuous Turkish Bath, steam room, sauna and swimming pool and offers a range of health and beauty treatments. Recline in the relaxation room or sip a hot glass of fresh mint tea. The restaurant serves healthy salads and delicious Oriental pastries. The Hammam Pacha is a women-only spa in the heart of the 6th arrondissement. It was established 25 years ago by a Tunisian family, who still run it today. It offers a range of health and beauty treatments and has a Turkish bath and steam room, as well as a restaurant serving tasty Moroccan tagines. O’Kari is another calm and beautiful women-only hammam and spa, run by its Algerian-born founder, who keeps the traditions of the Hammam or Turkish bath well and truly alive in Paris, with her health and beauty treatments based on the rituals of the Orient. 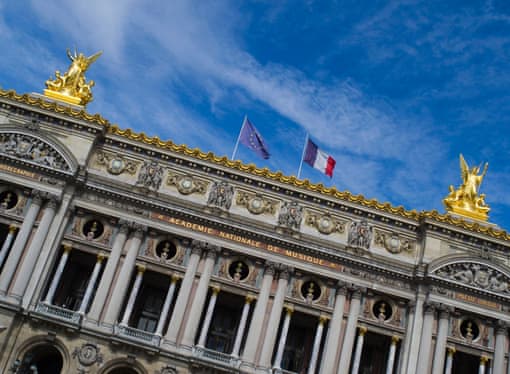 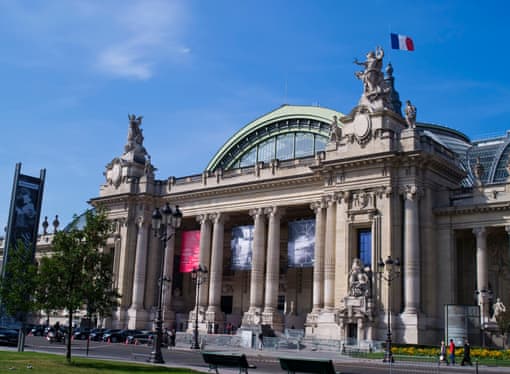 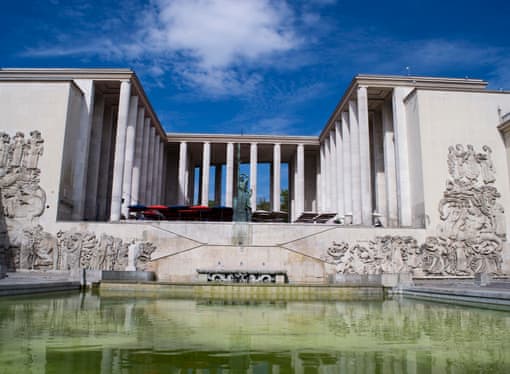 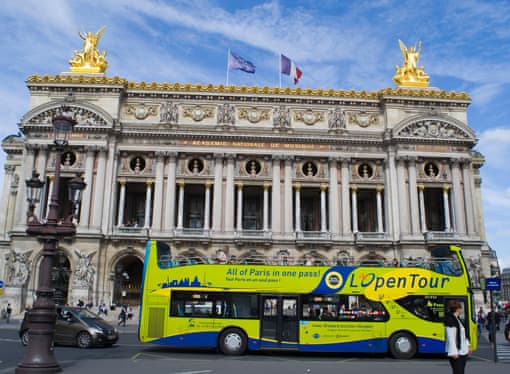 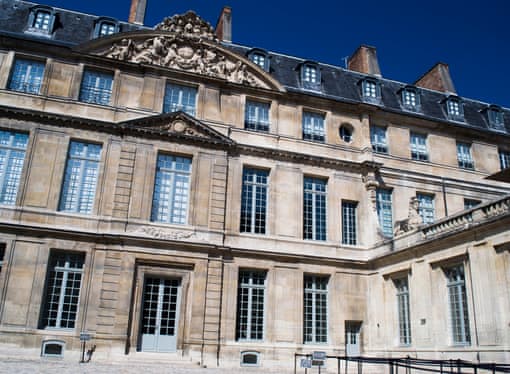 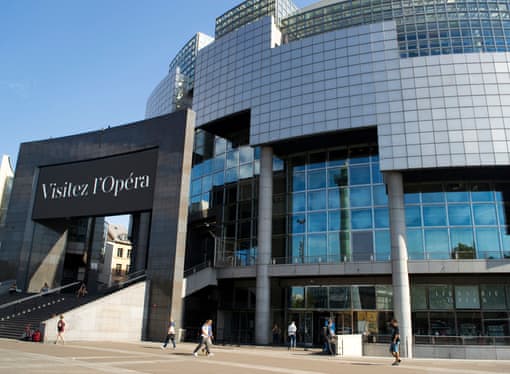 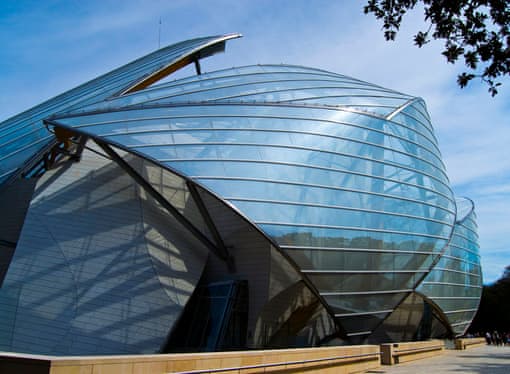 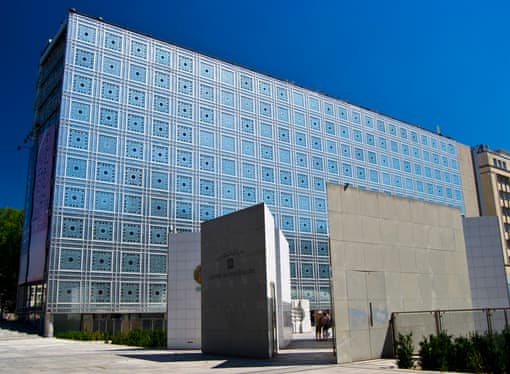 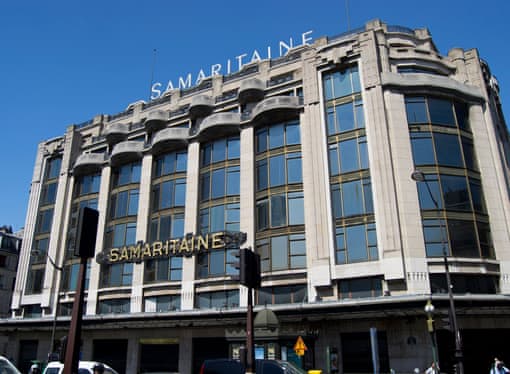 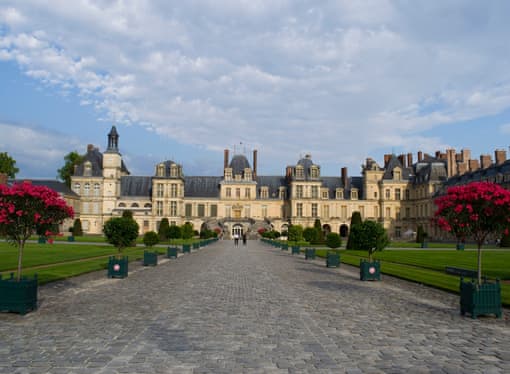 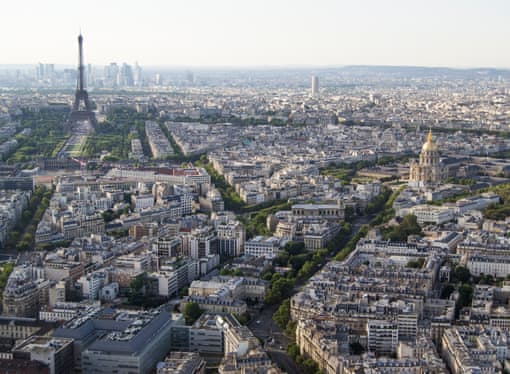 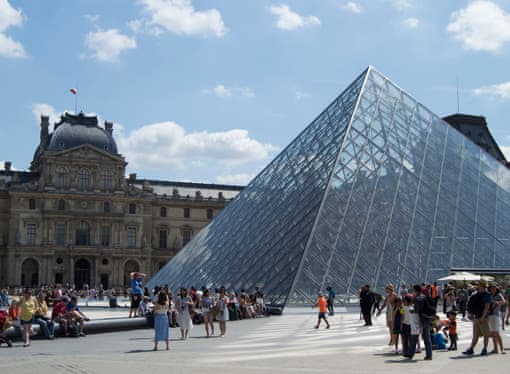 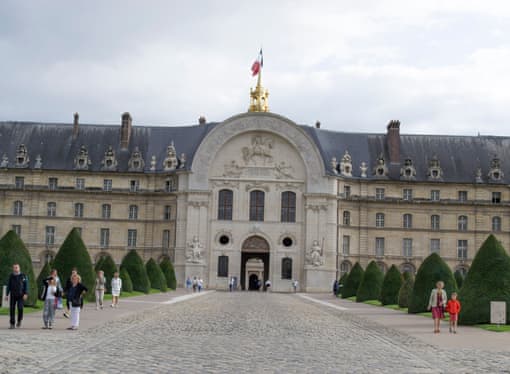 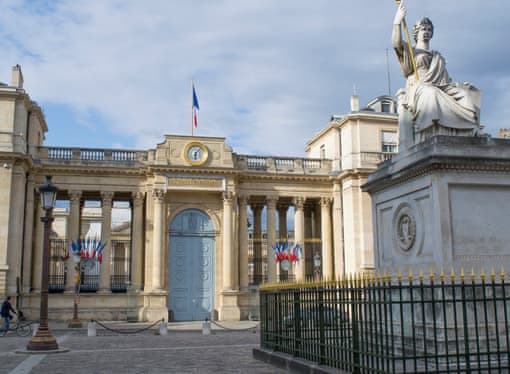 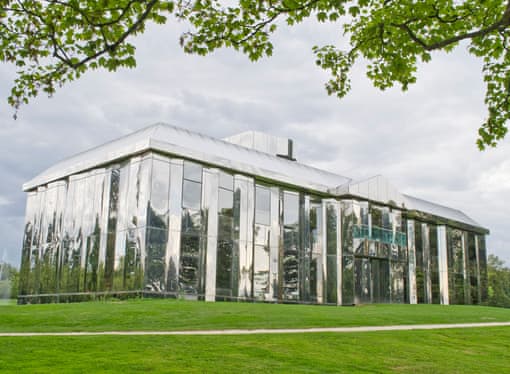 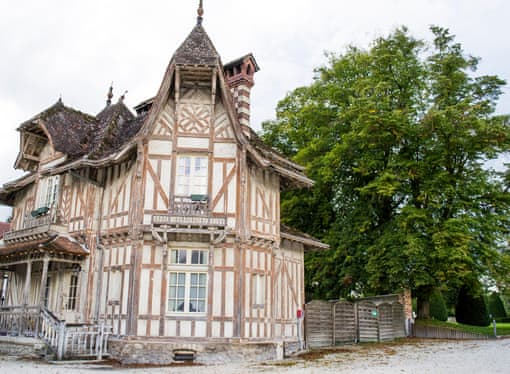 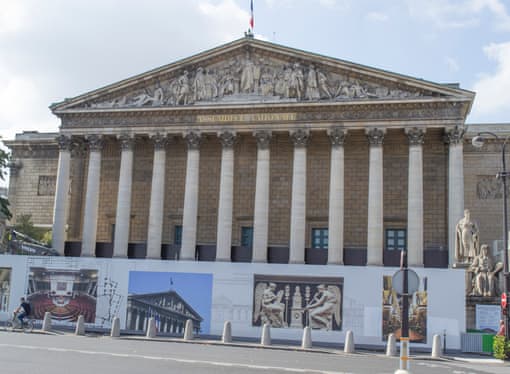 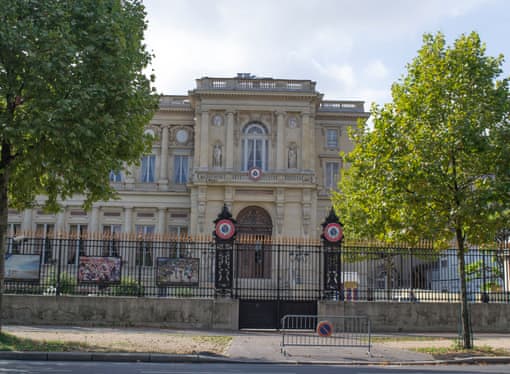 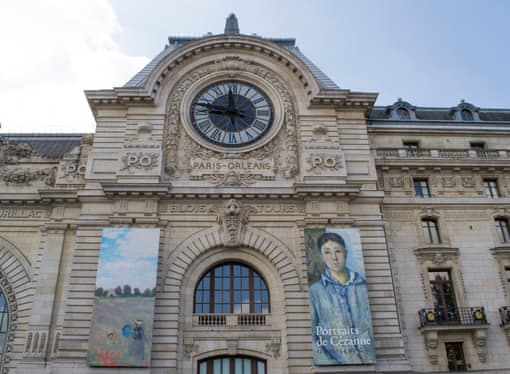 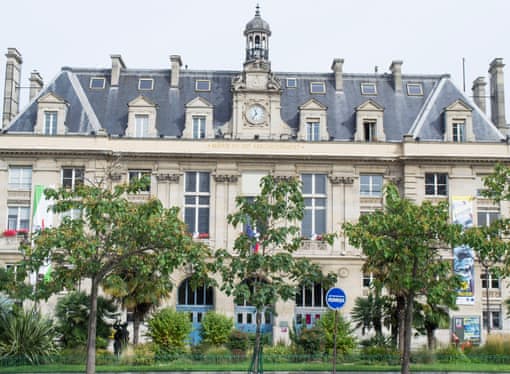 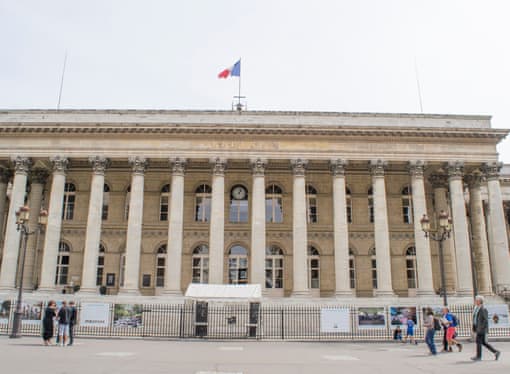 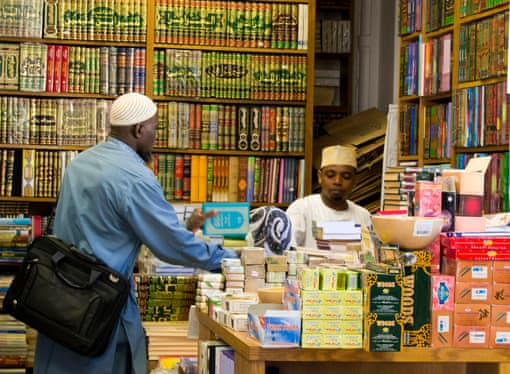 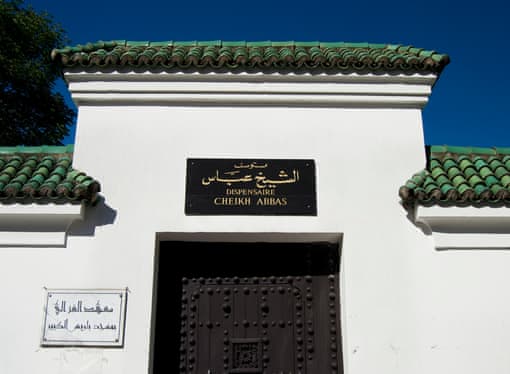 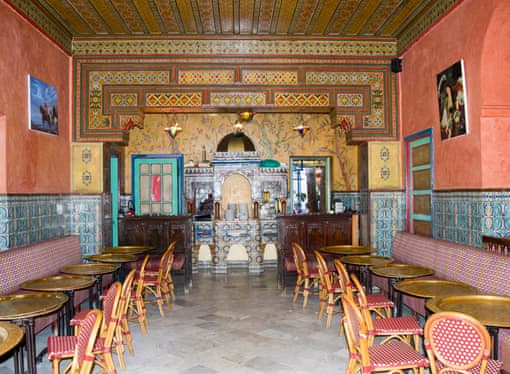 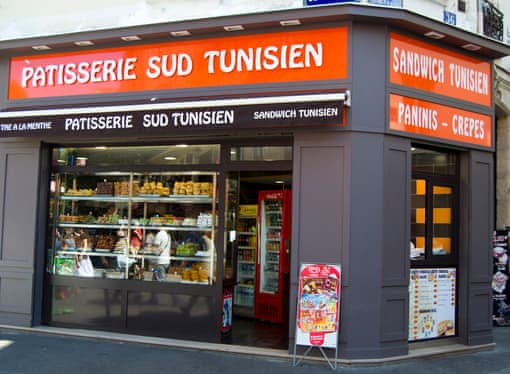 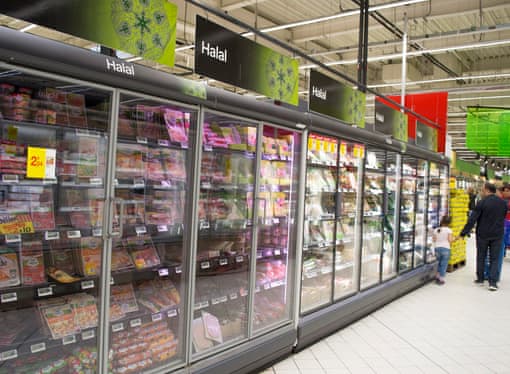