(valid for most properties)

Whitewashed houses, gardens bright with bougainvillea, splendid bays, a cultural heritage of 3,500 years, natural beauties and delicious local cuisine... These are the most prominent features of Bodrum, which is known as the holiday paradise of Turkey, as it is one of the most popular summer holiday destinations.

Bodrum is a great holiday attraction for international as well as domestic tourists. Therefore, it is possible to find a great variety of holiday options. Bodrum offers an excellent alternative for an unforgettable holiday experience thanks to the brilliant sea, sunny weather, sandy beaches, cultural and artistic activities, water sports and other appealing activities.

Halal-friendly Hotels and Villas in Bodrum

Despite Bodrum’s reputation as being a somewhat Bohemian resort, there are numerous halal hotels in Bodrum. It is possible to find suitable accommodation fitting any budget. There are hotels with swimming pools which are allocated for the sole use of women at certain times of the day, spa centres which can be reserved for private use, facilities for children and many others with the halal-friendly features you are looking for.

Bodrum also offers a wide range of halal villas. You can book a villa as a family and prepare your own food, swim in the private pool and sunbathe without any concern for privacy. You also have the alternative of eating at a restaurant in the complex, where available, and spending more of your time relaxing.

If you have more specific criteria for your halal-friendly holiday, we advise you to take a look at the following pages as well:

Villas for Muslims in Bodrum
Muslim-friendly hotels in Bodrum
Muslim-friendly hotels with private pools in Bodrum
Alternatively put your own information such as travelling dates, number of visitors, the ages of children, if any, in the search box at the top of Halalbooking website. In this way, you can see the prices of halal resorts in Bodrum and book at these prices. If you become a HalalBooking Loyalty Club (HBLC) member for free, you can benefit from extra discounts which are only offered to members. All you need to do is to register on the website.

Most Bodrum restaurants cater for foreign tourists and will usually serve alcohol, so halal-conscious travellers generally have the following question in mind: “Will I be able to find an alcohol-free restaurant in Bodrum?” However, it is quite possible to find cafes and restaurants which do not serve alcohol at all. Tea gardens, coffee shops and shisha lounges are some of the places where you can enjoy the alcohol-free ambiance, attractive setting and rich menu options.

In Bodrum, you can also find many patisseries where you can try pastries, cakes and delicious cookies along with refreshing fruit cocktails. Besides, you can taste a great variety of food as you spend a perfect afternoon surrounded by fragrant bougainvillea and jasmines.
It may seem tricky to find a fish restaurant without alcohol in the Aegean region. However, one option is to enjoy eating fish in an alcohol-free environment by buying fresh fish from stalls and having it cooked by the fishermen working by the beach.

Bodrum is also famous for its cuisine full of traditional dishes made with olive oil. You should definitely taste samphire, ladies’ fingers and artichoke salad prepared with olive oil. Try other speciality alcohol-free restaurants where you can have mantı (a kind of dumpling with meat), a village breakfast or an unlimited variety of meze prepared with olive oil. We strongly advise you to taste the local lokma dessert (fried doughnut served in syrup) during your stay in Bodrum.

Places to Visit in Bodrum

Bodrum Castle
- Located on a small rocky peninsula between two bays, Bodrum Castle was built by the Knights of St. John between 1406-1523. You can reach the interior part of the castle after passing through seven gates. It consists of many sections including 4 towers, 14 cisterns, a Turkish bath and a moat. It is a fine example of a castle dating back to the Middle Ages which has been preserved until today.

The Museum of Underwater Archeology
- The Museum of Underwater Archeology is located inside Bodrum Castle. In 1995, it was given the European Museum of the Year Award and received the title of ‘Specially Commended’. It ranks among the most important underwater archeology museums in the world. Inside the museum, the Uluburun Shipwreck is exhibited. It is the oldest shipwreck in the world as it dates back 3,300 years. This ship is believed to have arrived from Egypt as there was a gold plated Nefertiti statue and seal on the bow. The museum also exhibits the Cape Gelidonya and Yassı Ada Shipwrecks, a Roman Merchant Shipwreck and many others. The artefacts discovered inside the wrecks can also be seen in the exhibition halls of the museum.

Zeki Müren Art Museum
- Called the ‘Sun’ of Turkish music by the Turks, the singer and musician Zeki Müren lived in Bodrum between 1980-1996. The house he lived in then was turned into a museum in 2000 by the Ministry of Culture and Tourism and it was opened to visitors. In the museum, you can see some scenes reflecting his life and be a witness to his memories. Zeki Müren’s famous haute couture clothes, personal belongings, rewards and paintings are also exhibited inside the museum.

Bodrum Maritime Museum
- Displaying the naval history of Bodrum, the Maritime Museum is not to be missed by those who are enthusiastic about maritime affairs. Special boats used in Bodrum for sponge fishing, fishing and transportation are also displayed here. Besides, you can see collections of seashells and stamps, boat models and mockups inside. One of the most well-known people associated with Bodrum, is Cevat Şakir Kabaağaçlı, who is known as ‘the Fisherman of Halicarnassus’ and he is commemorated in this museum. You can buy his books as well as some products made of seashells, local delights and tangerines from the museum’s souvenir shop.

Bodrum Windmills
- Another symbol of Bodrum is the windmills. They were built on the windy hills in the 1800s and were used actively until the 1970s. Usually made of wood, the windmills met the regional need for flour for a long time. Today, with their unique architectural design, the windmills take their place on Bodrum’s skyline and they are frequently visited by the tourists who like to have their photos taken.

Things to Do in Bodrum 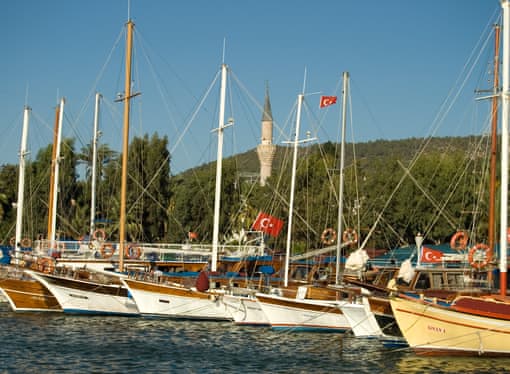 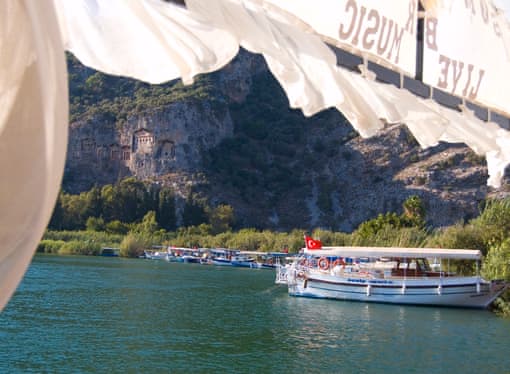 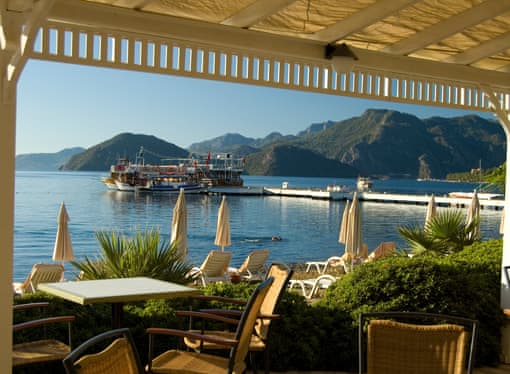 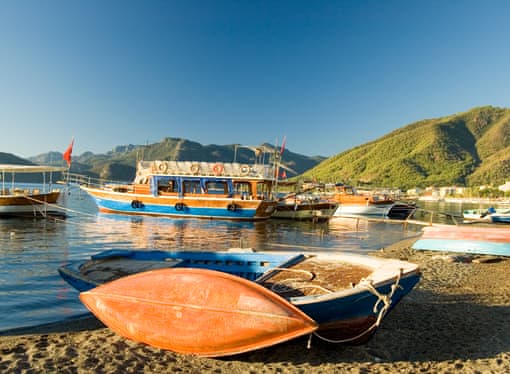 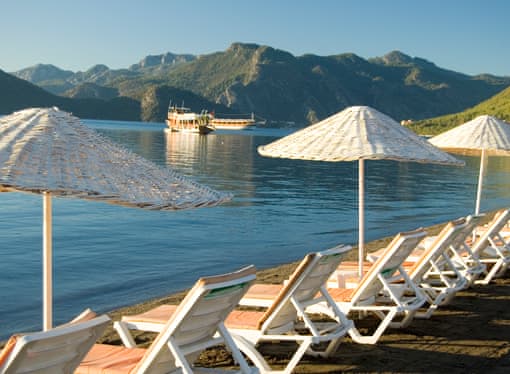