Also called “The Eternal City”, Rome is a city that everyone is familiar with because of the intriguing ancient Roman history, the iconic historical monuments, and the authentic dining experience that is unmatched anywhere else in the world. Beginn your halal-friendly Europe vacation and embark on a city tour to enjoy this beautiful city in the heart of Italy. Many of the architectural sites in Rome are revered all over the world, with tourists queuing up to catch a glimpse at all times of the year.

Capital city of Italy, it is visited by around 9 million visitors every year, making it one of the most-visited cities in Europe. Rome has been an important point in human civilization and a place of habitation for over three millennia, making it one of the oldest inhabited cities in Europe. With such a grand achievement, it's no wonder Rome is packed with fascinating history and artifacts from years past, and is one of Europe's most influential cities.

Rome was built in 753 and was the capital of the Roman Empire, one of the greatest empires of antiquity. Although years have passed since the fall of the Empire, the influence and impact of its legacy can still be felt today - from the architectural structures such as roads and aqueducts and the invention of cement to the language that spread far and wide. Many of today’s government structures are even modeled after the Roman Empire. The architectural sites that are still standing today have imperfections because they have withstood the test of time, giving them additional beauty and natural charm.

The saying ‘Rome wasn't built in a day’, will really come to mind when you explore the streets of the city. With so much beauty, culture and history to take in, make sure to plan your trip with enough days to spend quality time discovering and learning and appreciating your surroundings.

Practical tips for planning your visit to Rome

Airport transfers
Flights from most UK airports are available to both airports in Rome; the Leonardo da Vinci Airport in Fiumicino (FCO) and the Ciampino Airport (CIA). Cheap flights can be booked through budget airlines that fly across Europe. The Ciampino Airport is closer to the centre of Rome, but as it is slightly smaller, the only way to get to and from the airport is via taxi or bus. The Fiumicino Airport is better connected with affordable buses, trains and taxis.

Getting around Rome
To get around Rome, it is fairly easy. The best way is by foot, however, some places may be quite far. With an ATAC travel card, you can use buses, subways, trains, trams and light rails at a fairly cheap rate.

Best time to visit Rome
Of course, you can visit Rome all year round and enjoy this beautiful city. All you think to remember is that July and August can be hot and muggy and December through March tend to be chilly. The best months to visit Rome are September, November, April and May, with less crowds, brighter and sunnier days, and clear and cool evenings.

Rome and the halal-conscious traveller

Although Rome is not an influential figure in Islamic history, there is still a lot of history that can be appreciated and taken in - history that influenced the world. Rome is home to the largest mosque ever built in the Western world, the Mosque of Rome, housing up to around 12,000 worshippers. Travelling as a Muslim around Rome is safe and you feel welcomed even while wearing an Islamic dress and hijab.

The Torlonia Villa is known as the Moorish greenhouse and its construction started in 1806 for Giovanni Torlonia, a famous banker. Starting as a palace, it has, over the years, been developed and expanded. It was bought by the municipality of Rome in 1977 and, after undergoing restorations, has since opened to the public and serves as a museum. The Moorish and Arab influence in the architecture has been preserved and can be seen in the building, even from far away.

You can find collections of Islamic artefacts, ceramics and books in the Vatican Museums and the National Museum of Oriental Art.

Halal food and restaurants in Rome

On your halal-friendly holiday in Rome, the food scene is one aspect you will never forget. Rome’s cuisine is almost as famous as the UNESCO heritage sites in Italy. The Italian dishes are highly recognised and have become a staple for many of us around the world, including pizzas, pastas, coffee and desserts. Most of us have grown up eating pizza, and for any foodie, Italy is a dream come true as the country of origin of the delicious dish. Italian cuisine uses a lot of olive oil and a handful of natural ingredients, which are sourced locally and cooked fresh adding to the authenticity and the coming together of the dish. Dishes may vary from region to region in Italy, so be prepared for a pleasant surprise wherever you visit. Italians enjoy spending quality time with family and friends, so take in the surroundings and make the most of your company whilst waiting for your meal.

There are good halal food options around Rome - a reflection of the small Muslim population. As with many of the major European cities, the halal options are usually Indian, Middle-Eastern and Turkish takeaways or restaurants. With that being said, the food in Rome can easily be catered for a halal diet with the vegetarian and seafood options. If you are ever unsure of the ingredients just ask, and be careful of some sauces in main dishes as they may contain alcohol.

Sites to visit in Rome

Colosseum
The Colosseum, the largest amphitheatre ever built, is perhaps one of the most popular attractions in Rome. Built in 80 AD. it once held an estimated 50,000 to 80,000 spectators. It was used for gladiator contests, executions, animal hunts and more. Today, the Colosseum, like much of Ancient Rome, serves as an inspiration in film, drama and culture, with many films featuring the building.

Pantheon
This former Roman temple is one of the best-preserved of all of Ancient Roman buildings, because it has been used time and again throughout history. After it had been a temple, it was a church and it is the world’s largest unreinforced concrete dome. The correct date of construction is unknown, but there are a lot of interesting tales to take in from the Pantheon.

Papal Basilica of Saint Peter
This Renaissance-style church in the Vatican city is the most renowned work of Renaissance art and is the largest church in the world measured by its interior. Designed by renowned artists of the Renaissance times, there is so much beauty to be seen and it is one of the holiest of Catholic shrines.

Trevi Fountain
No trip to Rome is complete without a visit to the Trevi fountain - one of the most famous in the world and the largest Baroque fountain in the city. The fountain is a symbol of Rome, and recognised by many all over the world, even making appearances in several films.

Vatican Museums
The Vatican Museums, the public museums of the Vatican City, contain around 20,000 works on display and are one of the most visited art museums in the world. They also display Islamic relics, art and sculptures.

Sistine Chapel
The Sistine Chapel is best known and visited mostly for the interior floor to ceiling Renaissance decor, with Renaissance paintings and famous art such as ‘The Last Judgement’ by Michelangelo. The paintings, completed in 1482, are still preserved and on display today. The chapel is now the site where new popes are selected.

Spanish Steps
The stairway of 135 steps was built in 1723-1725, designed by famous architects Francesco de Sanctis and Alessandro Specchi. The two-years worth of hard work and construction have made it an attractive place to admire the view from the top.

With over 2,600 properties in Rome on HalalBooking.com, you will be able to find the hotel that suits you and have the halal-friendly holiday of your dreams. Make sure to explore the flexible options available such as ‘Free Cancellation’ or ‘Book Now, Pay Later’ which can be seen next to the hotel site on HalalBooking. Complete your city break with luxury amenities such as pool and wellness facilities. There is also an abundance of hotels offering alcohol-free stays and halal food available on request or serving all-halal food. 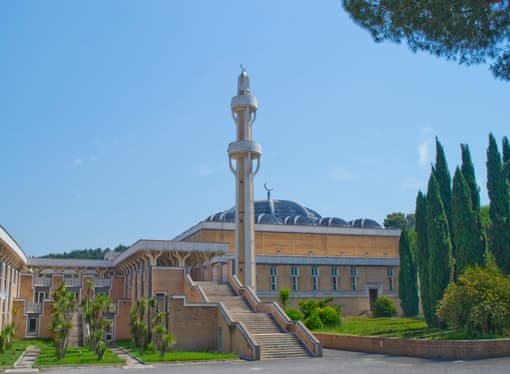 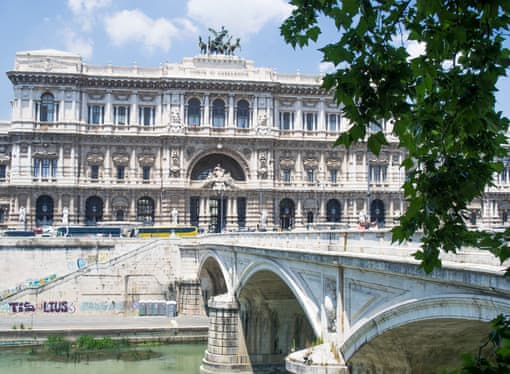 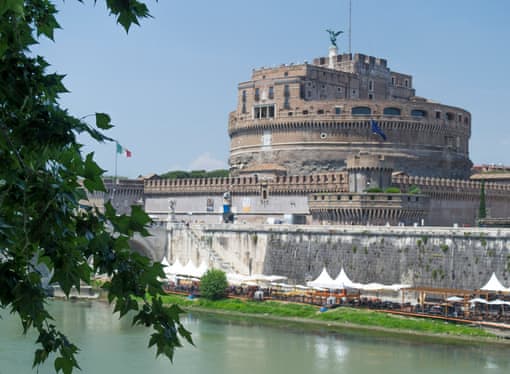 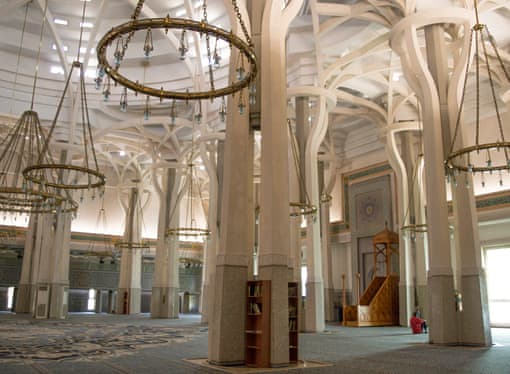 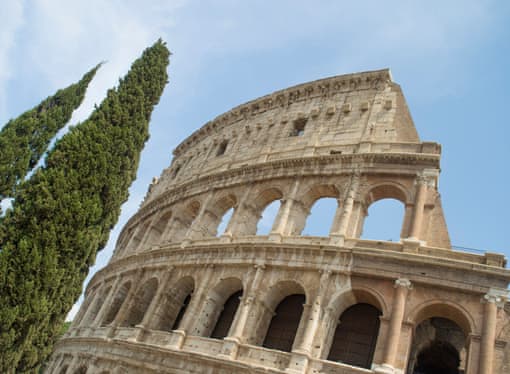 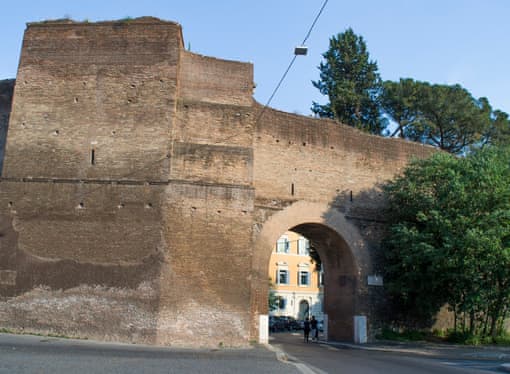 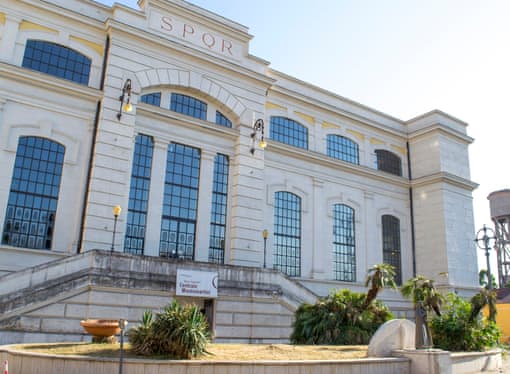 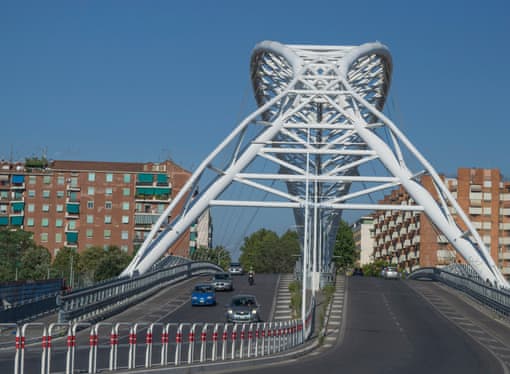