Venice is a city so unique and distinctive in appearance, arguably one of the most photographed places in the world, and one can see why. Amidst the numerous canals, beautiful bridges, stunning architecture and unique landmarks, there is a sense of peace and tranquility creating a special ambience attracting tourists from all over the world. Venice was once a large trading empire, from 697AD to 1797AD, and was given the formal name of ‘Serenissima Repubblica di Venezia’ which means ‘Most Serene Republic of Venice’. Whilst tourism in Venice is on the rise and with more and more people visiting for their halal-friendly holiday, the city still carries that element of serenity for all to see and feel. Find your tranquility in the charm of the authentic characteristics that make the city what it is. Explore the charming city through the beautiful canals embarking on a gondola, a traditional narrow and long Venetian rowing boat, that is operational just as it once was centuries ago. Discover the birthplace of the narrow Venetian waterways that cities all across the world such as Doha, Baku and Istanbul, have paid homage to.

Visit the unique and inspiring ‘Floating City’ of Venice and become amazed by the authenticity that has been retained through its tradition and culture in the everyday living of the locals, as the Venetians pass their lifestyles through generations. The city has a great blend of original allure to captivate you - romantic gondola rides are a must try, whilst the shopping, food and coffee drinking in the square are appealing all the same!

Practical tips for planning your visit to Venice

Flights are available from most UK international airports to Venice Marco Polo Airport (VCE). From the airport, many choose to catch a city bus to Piazzale Roma or a sea taxi to the city. The Treviso Airport (TSF), 25 miles to the north of Venice, can also be reached via bus. Venice is beautiful all year around, with warm summers and cold winters perfect for your family’s halal-friendly vacation. For an ideal visit avoiding crowds, cheaper hotel prices and mild weather, it is best to visit during the months of April, May, September and October.

Around Venice, the ‘vaporetti’ (water bus, motorised boats) are perhaps the most iconic and convenient form of transport. For a more traditional and authentic Venetian experience, hop onto a gondola and enjoy the city as it was enjoyed by many since the 1900s. These gondolas are traditionally passed down through families, remaining in the same family for generations, providing a bonafide adventure like no other - perfect for the whole family.

Venice for the halal-conscious traveller

The Islamic influence in Venice was represented in the rich luxury objects that the richest Venetians would keep as showpieces. Islamic keepsakes from the East were desired as a sign of luxury. The impact of Islamic art and architecture changed the Venetian art style - artists who travelled to Muslim countries painted the different architecture, clothing and people in awe and brought these paintings back to Europe where they were highly desired. Paintings of biblical subjects were also inspired by the Ottoman art style. Today, the Islamic influence in Venice remains deep within the astronomical and mathematical inventions that the Golden Age of Islam spread to Venice and other places around Europe.

Venice does have few mosques where you can perform your prayers. The Al-Rahma Mosque and Venezia Centro Islamico are in the centre and easy to find. It is of great benefit to be able to meet the local Muslims of an area, where you can embrace and let the religion bring you together. However, remember to pack a prayer mat or “wudhu-mate” on your journeys, as there may not always be a mosque.

Halal food and restaurants in Venice

As the only pedestrian city in the world, Venice is a great opportunity for you and your family or friends to explore on foot and eat until your heart desires on your halal-friendly holiday. Italian cuisine is renowned around the world and most families devour pasta or a pizza at least once a week. Holidaying in Italy takes the game to a whole new level, when you can watch your favorite dishes come alive with fresh ingredients and herbs in an authentic setting. There are a few halal restaurants, mainly Turkish and other cuisines, around the area, and the halal sign will mostly be on display. If you are in doubt - do remember to ask. Most places also offer vegetarian meals, which is a helpful alternative.

Tip: Be sure to check that the sauces for the main meals or desserts, like Tiramisu, do not contain alcohol, as it is often a common ingredient. However, most places are able to make the dish without alcohol if you ask beforehand.

Sites to see in Venice

Any stay in Venice will consist mostly of sightseeing with the abundance of stunning and one-of-a-kind sights and architecture. Here are some suggestions of where to visit, but feel free to plan your itinerary around what suits you and what you would like to see on your halal-friendly holiday in Venice.

Bridge of Sighs
The Bridge of Sighs was built in the 1600s, connecting the interrogation rooms of the Doge Palace to the prison complex. The bridge was the last thing prisoners saw before their imprisonment, and was named to represent the prisoners' sighs before being incarcerated. The white limestone bridge overlooking the river attracts many tourists every year to see the ornate designs.

Piazza San Marco
The main square of Venice is a beautiful and majestic site. During the autumn and winter months, it can often be flooded causing the locals to don some rain boots through the high waters. The peaceful piazza is home to Venice’s three major sites: the Basilica di San Marco, the Torre dell’Orologio and the Doge’s Palace, and has many artisan and niche cafes where the locals relax and take in the sights around them.

Basilica di San Marco
One of the most iconic buildings in Venice and probably the most recognisable, the Basilica di San Marco is a fine example of Italo-Byzantine architecture. For lovers of Istanbul, many would be surprised to know that the design of the building was influenced by the Hagia Sophia with the mosaics, and ornate roofs that took centuries to build. First built in 828, it has been modified, enlarged, decorated, and rebuilt after the many fires during the centuries.

Doge's Palace
The Doge's Palace was built in 1340 and is a beautiful representation of the Venetian Gothic Style. The palace is famous as it was the home of the ‘Doge’ - the ruler of the Venetian Republic for more than 1,000 years. Paired with the beautiful architecture that seems to go on for miles, it is one of the most recognisable landmarks in Venice.

Torre dell’Orologio
The Torre dell’Orologio (The Clock Tower) is an imposing tower on the Piazza San Marco. The timepiece was once a symbol of Venice's power and control and still remains loved by the Venetians.

Choose from a variety of alcohol-free properties that serve halal food, or have halal food nearby. Perhaps a hotel with breakfast included will make your halal-holiday in Venice just that little bit easier. Feel comfort in the new flexible options of ‘free cancellation’ and ‘book now and pay later’ available at HalalBooking. Some hotels even include airport transfers at an added surcharge to make your life a little easier. 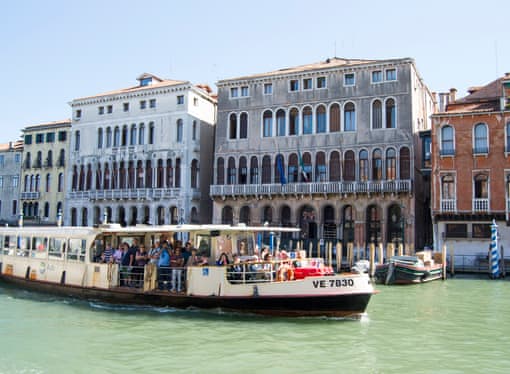 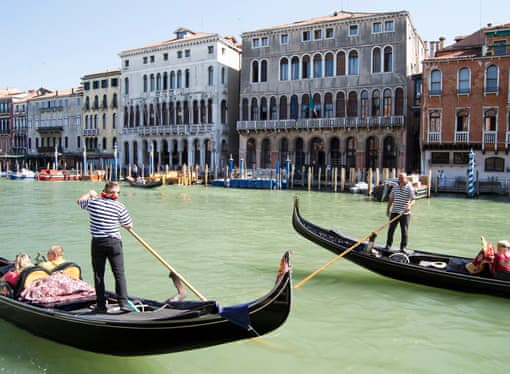 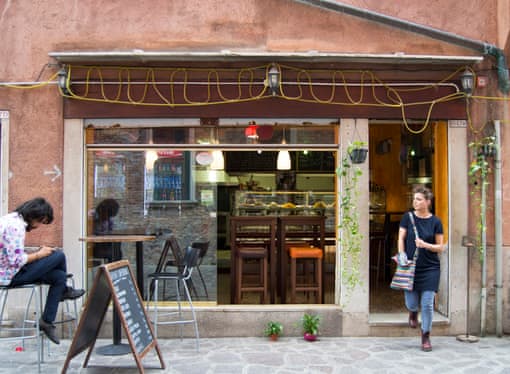 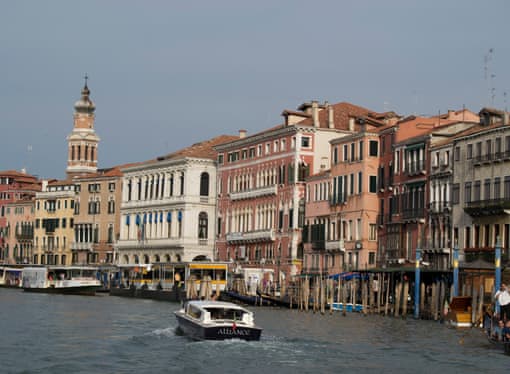 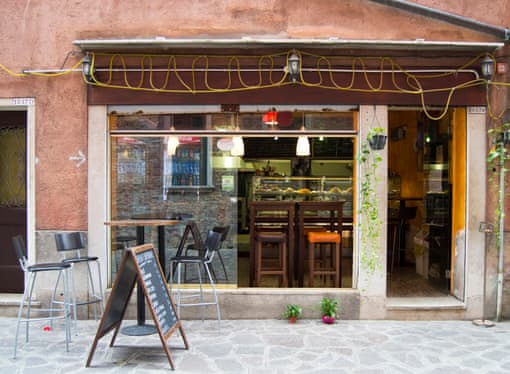