Spain is one of the top three destinations for international tourist arrivals worldwide, receiving over 75 million visitors. It certainly has an alluring mix of beach holidays, city break destinations and a rich cultural heritage, enhanced by its sunny Mediterranean climate.

For Muslims, Spain may not be an obvious holiday choice, so you will perhaps be surprised to learn that its government is actually making an effort to attract Muslims to enjoy halal holidays. Spain’s official website has a whole section dedicated to this topic, which is a useful resource when you are planning your visit.

Spain is easily accessible with regular, cost-effective flights especially from major European centres, and particularly during the summer months.

What to expect as a Muslim on holiday in Spain

Spain has a long Islamic history, with parts of it under the Moorish rule for over 700 years, notably the region of Andalusia. In more modern times, its Muslim population has mostly been due to its large Moroccan minority, which is one of Spain’s oldest immigrant communities. In fact, Moroccans didn’t require a visa to enter Spain until 1985. These days, around 4% of Spain’s population is Muslim.

As mentioned previously, the Spanish government is keen to attract visitors for halal holidays in Spain. As part of this initiative, Spain has set up a consortium, which is run as part of the General Administration of the Spanish state, which is known as Casa Arabe. It has its headquarters in Cordoba and Madrid and part of its remit is to organise films, exhibitions and events throughout the year to showcase Islamic Culture. Its motto is ‘where Spain and the Arab world meet’ and it’s certainly well worth looking at their website to see what’s on during your visit, if you’re planning to stay in Andalusia, Madrid or Cordoba. If you’re thinking of visiting Spain during Ramadan, then you will find that the Casa Arabe organises a programme of special events in Cordoba known as the Noches de Ramadan.

Popular destinations and properties for Muslims in Spain

Perhaps our most popular destination in Spain is the region of Andalusia, with its atmospheric cities of Granada and Cordoba and its beautiful Costa del Sol. It has a rich Islamic heritage from its time under the Moorish rule and it is here where Spain’s halal hotels are situated, in the popular tourist resorts of Torremolinos and Marbella on the Costa del Sol. The Alanda Hotel in Marbella and the Costa del Sol Hotel in Torremolinos, both serve halal food and are ‘dry’ hotels serving no alcohol at all. They are a great base for exploring the region and its many historic and cultural attractions. Those who prefer to stay more centrally in Granada itself or in Cordoba have a choice of well located, high quality hotels which will guarantee an alcohol-free room if you book on HalalBooking.com.

We also have a wide choice of halal villas in Spain, perfect for Muslim families. These are mostly on the Balearic island of Majorca (Mallorca). They are big enough to accommodate a large family in comfort and all have pools, which provide complete privacy and are not overlooked in any way. Alternatively, you can choose a villa on the Canary island of Tenerife if you prefer the warmer winter climate.

Many of our halal-conscious holidaymakers choose to stay in or near the popular city break destination of Barcelona. You can choose from apartments located in Barcelona itself or stay in a villa on the surrounding Catalonia coast. The choice is yours!

Hispania was the Latin name by which the whole of the Iberian Peninsula, which takes in modern-day Spain and Portugal, was known in ancient times. After the fall of the Western Roman Empire in 476 it was ruled by the Visigoths until April 30th 711, when the renowned Muslim General Tariq ibn-Ziyad landed at Gibraltar and went on to conquer most of the area, bringing it under the rule of the Islamic Umayyad Caliphate.

An interesting fact is that the name ‘Gibraltar’ actually comes from the Arabic ‘Jabal At-Tariq’, which means ‘rock of Tariq’ ie the place where he landed. Although Islamic or Moorish rule only lasted for less than 30 years in the northwest region of Galicia, in Granada in the southeast it lasted for some 781 years. The Islamic rulers referred to the Iberian peninsula as Al-Andalus, giving rise to today’s name of Andalusia, Spain’s southernmost region. The peak of Muslim civilisation in Spain came with the Umayyad Caliphate of Cordoba in the 10th century. Under Moorish rule libraries and colleges were established and the arts flourished. Many of Andalusia’s most famous monuments were built during this time.

Islamic rule ended when Granada was conquered in 1492 by the armies of a recently united Catholic Spain, following the marriage of Ferdinand II of Aragon and Isabella 1 of Castille.

Top Places to Visit for Muslims on Holiday in Spain

Here are our highlights for places to visit in Spain. Don’t forget to check online before you travel, as in most cases it’s possible – and even obligatory – to purchase tickets for tourist attractions online. It definitely saves you waiting around in queues and it is often cheaper too.

Restaurants and halal food in Spain

Unfortunately, for Muslims choosing a holiday in Spain, traditional Spanish cuisine is very heavy on pork in its various forms such as ‘chorizo’ and ‘jamon’. Minced meat often contains it, even when this is not specified, so it is worth avoiding it and sometimes pastry is made from lard. Also, non-halal meat may often be in sauces, so it is always best to check. Not everyone speaks English, outside the main tourist areas so do learn a couple of handy phrases such as: ‘sin cerdo’ ‘no pork’; or to make absolutely certain: ‘Soy alergico al cerdo’ ‘I am allergic to pork’.

Recently a system of Halal Certification awarded by the Halal Institute has been introduced in Spain but you will find that a lot of the places serving halal food do not have an official certificate. Generally speaking, kebab restaurants are a good bet for cheap eats. Döner kebab served in Spain is often halal. Similarly, you will find Moroccan, Syrian, Lebanese, Turkish, Pakistani and Indian restaurants which serve halal food. If you are not sure, then just ask. Some Indian restaurants serve halal chicken, but not halal meat, and you will also find fried chicken restaurants serving halal chicken in Spanish cities.

Mostly, restaurants serving traditional Spanish food are not halal. There are a few notable exceptions though. The chain called El Asador de Aranda, which has branches in Barcelona, Madrid, Seville and Valencia, serves halal dishes. Their speciality is suckling lamb roasted in a clay oven. There are also a couple of speciality restaurants, which you might want to visit if you are nearby. Noor in Cordoba has become famous for its Michelin-starred chef Paco Morales, who has made it his mission to create a form of halal haute cuisine, creating contemporary dishes based on recipes of the past and only using ingredients which were available during Islamic rule in the period known as Al Andalus. His restaurant does serve alcohol, although there is also a range of delicious non-alcoholic cocktails and teas. On the hills above Cordoba, you will find Los Almendros, which is a certified halal restaurant, where traditional Spanish dishes have been created with halal alternatives. It even has its own prayer room. Restaurante Arrayanes in Granada and in Barcelona, Zinbar Barcelona Restaurant and Arabia Café-Restaurant also serve halal meat.

It should be noted that in Spain, even if a restaurant is certified as halal it may still serve alcohol and non-halal meat, but also have halal dishes on its menu. The best advice we can give is to contact the restaurant to ask questions before you visit, and check reviews on Tripadvisor and other ratings site to see whether the establishment fulfils your requirements.

In general, if you want to try some of the delicious local Spanish dishes, then it’s a good idea to stick to fish or to vegetarian options. These are our pick of tasty tapas and traditional dishes, which won’t contain pork:

Self-catering for Halal Villas in Spain
If you’re staying in one of our villas, you should find it relatively easy to buy halal food to cater for your family. There are plenty of Muslims living in Spain, especially in Andalusia, so neighbourhoods such as Albaicin in Granada or Raval in Barcelona will have halal butchers and bakers. In Majorca, you will need to look in the capital, Palma de Mallorca. In general, if you’re not sure where to look, finding the local mosque is always a good starting point, as Muslim communities and their shops are likely to be nearby.

Staying in one of our halal villas is probably the best way to holiday in Spain for families with younger children. You will have your own swimming pool to enjoy together in complete privacy, and it may be easier to cater for any fussy eaters. The Spanish people are generally very welcoming and love children. There is plenty to do, from beaches to sightseeing. Highlights for children will include:

There are now more than 250 mosques and Islamic centres in Spain. The Spanish Ministry of Justice’s website provides the document with a city by city listing and there are mosques in all main tourist destinations including Granada, Madrid, Marbella, Malaga and Valencia. There are also mosques in Palma de Mallorca, capital of Majorca.

With some foresight and planning, it should, therefore, be possible for Muslims to find places to pray in most places in Spain. Although most Spanish airports (except for Madrid) do not have dedicated mosques, they do have multi-faith prayer rooms where Muslims are welcome.

If you’re spending your holiday near Madrid then be sure to visit the M30 Mosque and Islamic Cultural Centre (Centro Cultural Islamico) which is the largest masjid in Europe, with Qurans from all over the world.

So now that you have been inspired as to what to see and do, it only remains for you to browse our selection of villas and halal hotels in Spain and find the one which best suits your requirements and budget… 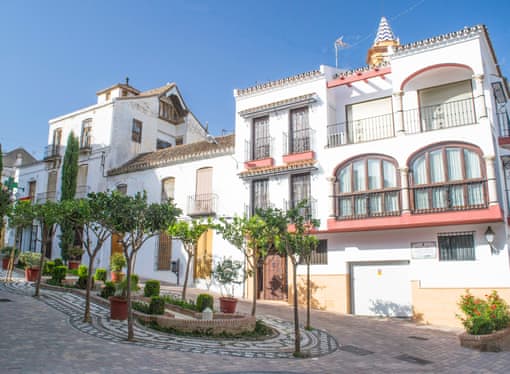 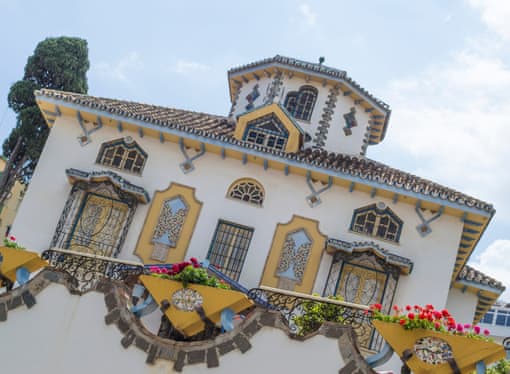 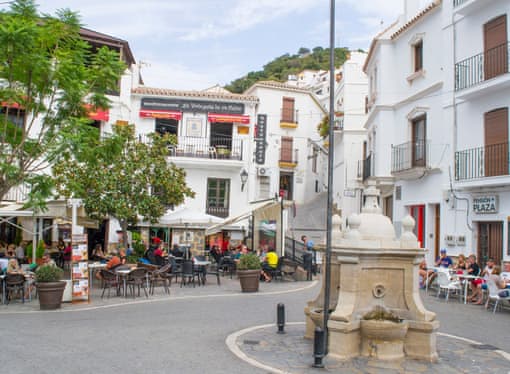 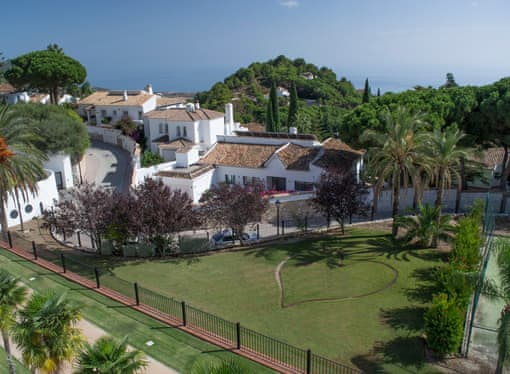 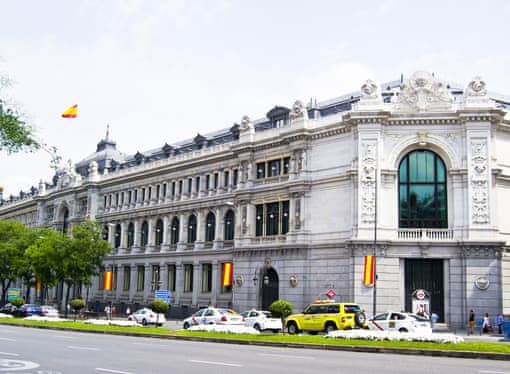 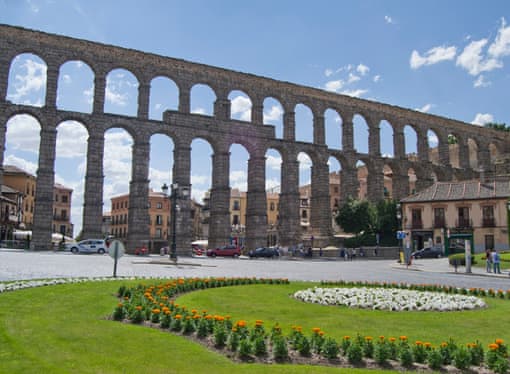 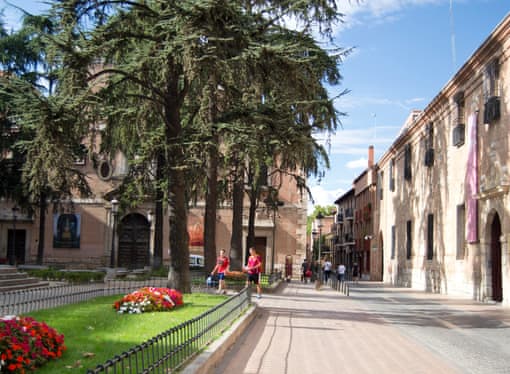 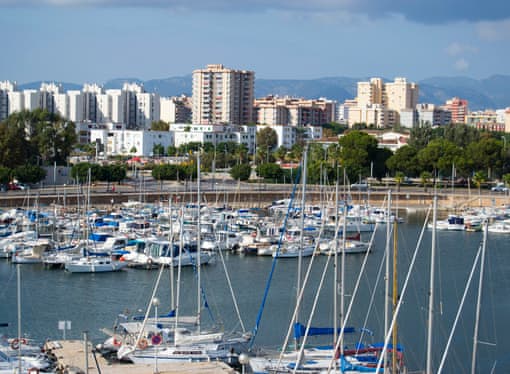 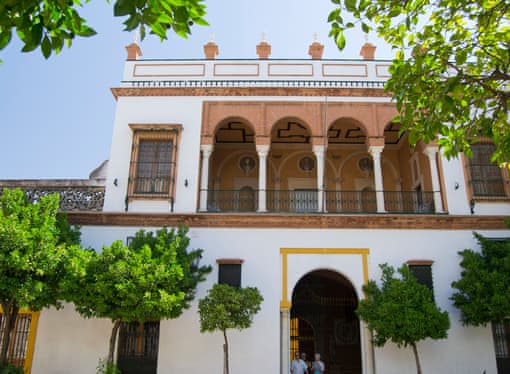 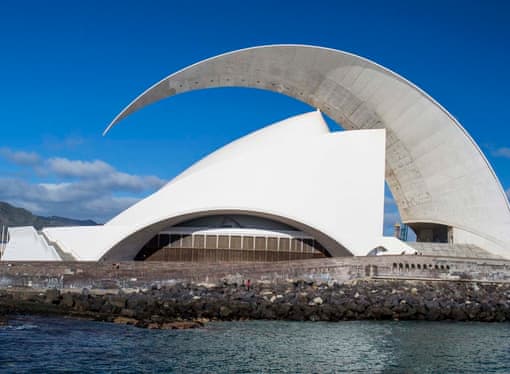 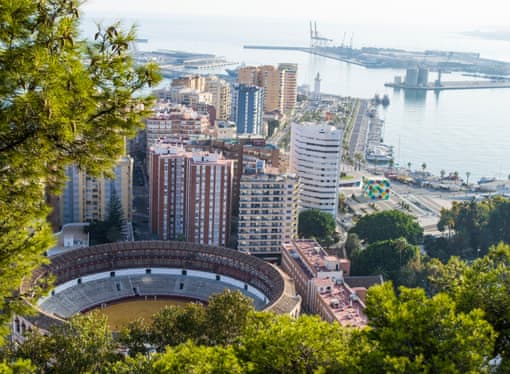