Amongst the most visited cities in Andalusia, Granada encapsulates and showcases its appeal and beauty in the alleys and mazes of its streets. If that is not enough to attract you, then the unique blend of palaces, the Sierra Nevada mountain range, the fine renaissance architecture, the UNESCO heritage sites, the bohemian charm and the reflection of its historic Islamic influence will. Walking through the charming districts, such as the Albaicin, will make you fall in love with the mystical flowers surrounding the prettiest white washed houses. Dive into the world of real-life fairytales visiting all attractions including the Alhambra palace with the mountains in the background. Combined with the ideal warm climate, it makes the perfect recipe for the perfect halal holiday break.

Andalusia has 8 provinces with Granada city as the capital of the Granada province. This autonomous community is arguably, one of the best cities to visit in Andalusia for the rich, deep rooted Islamic history. The Islamic/Spanish art is said to be one of the hidden treasures in Granada which you can discover for yourself on your halal holiday.

Practical tips for planning your visit to Granada

Granada does have its own small airport, Federico García Lorca Granada Airport (GRX), however, there are only a limited number of flights coming in and not all airports in the UK offer flights to Granada. Malaga Airport (AGP) is the most accessible from the UK and is well connected to Andalusia. From the airport, many choose to hire a car which can be picked up upon arrival. The drive from Malaga to Granada is around 90 minutes. We recommend booking the car hire prior to arrival for ease, cheaper prices and time saving. Alternatively, you can also use public transport to travel to and from the airport and around the rest of Granada.

The summers in Granada are hot and sunny and the winters are cold, with January being the coldest month. The ideal months to visit are May, June, September and October, when the weather is mild and ideal, and there are less tourists.

Granada for the halal-conscious traveller

The Muslim ruling of Andalusia, including Granada, is a source of inspiration for many. The rule that began in 711 and lasted until the 14th century, brought about with the Golden Age of Islam, allowed prosperity, increase in academic achievements and positive government affairs. Admire the grandeur of the revered Alhambra, constructed in the 14th century for the Moorish Nazari dynasty and the beauty of its gardens. Take a guided tour and learn about the history and stories that will make the palace really come alive.

Granada will let you experience the Islamic presence in Spain. The streets you walk through in the Albaicin district are home to Muslims from Morocco and Egypt selling their wares with stories to tell. Granada has excellent mosques and prayer facilities, so you will never have to worry about where to perform your next prayer. There is plenty of halal food and modest wear is respected as Muslims from all around the world visit Southern Spain.

Sites to visit in Granada

Alhambra
The UNESCO World Heritage medieval fortress and Moorish palace Alhambra is a beautifully constructed structure that was an important part of the Muslim rule of Andalusia. It served as the palace for the later emirs of Spain and, showcasing Spain’s Islamic history, it is one of the biggest tourist attractions in Andalusia. Make sure to visit the Nasrid Palaces which will make you feel as if you are in the courtyards of the Middle East.

Generalife Gardens
Close to the Alhambra, lies the summer palace and gardens built for the Nasrid emirs in the 14th century. The name stems from the Arabic phrase ‘Jannat al-Areef’, translating to ‘Garden of the Architect’. The gardens are full of blooming fauna and streaming water fountains, a tranquil getaway on your halal break to Andalusia.

Catedral de Granada
In the centre of the old Muslim town of Granada, the Cathedral was built on top of the city’s main mosque in the 16th century. The imposing structure shows the beauty, but also the contrast between the Renaissance and Moorish architectural styles seen in the other sites.

Calle Mirador de San Nicolás
The lively square of San Nicolás is full of musicians, dancers and craftsmen. Get a dose of the Granadan culture and immerse yourself in the welcoming atmosphere. Don’t miss the amazing views of the sunset.

Palace of Charles V
The Palace of Charles V, constructed in the Renaissance style, stands inside the Alhambra and is an ornately decorated building. Get familiar with the history of Spain after the Moorish rule and the beautiful architecture.

Halal food and restaurants in Granada

Granada offers a delightful experience for foodies. Start your day with Spanish omelettes, coffees, mint tea, fresh juices, cake or pastries. Everything is made fresh to enjoy amongst the most serene settings. The Mediterranean cuisine is enjoyable because of the copious variety of colourful dishes available. There are many halal food options available due to the local Muslim community. You can also enjoy Middle Eastern and South Asian restaurants. There are plenty of convenience stores, including Moroccan and Middle Eastern ones for snacks on the go.

HalalBooking has over 470 exciting properties in Granada. Get all your needs catered for in the amazing hotels, get some privacy in modern aparthotels, live like a local in Spanish villas and escape to nature in cottages and country houses. Have the halal break you dreamed of with our halal filters such as halal food, alcohol-free properties, or those with pools, spa and wellness facilities. Remember, at HalalBooking you are in safe hands with our ‘Pay Now, Book Later’ and ‘Free Cancellation’ options. 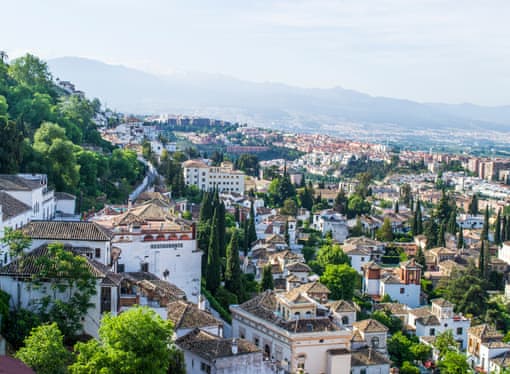 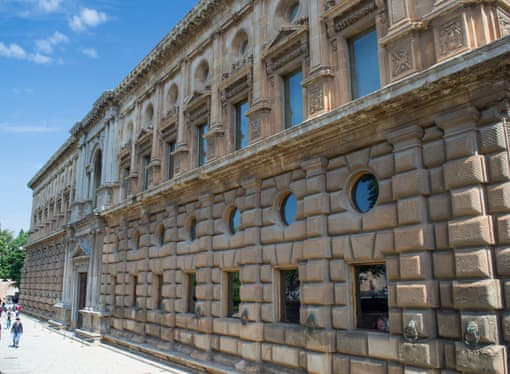 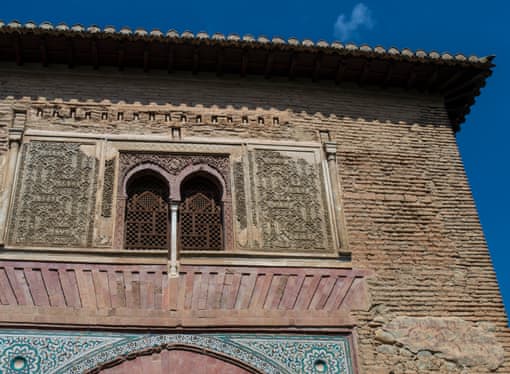 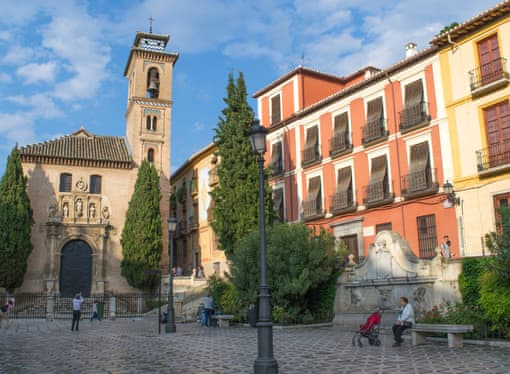 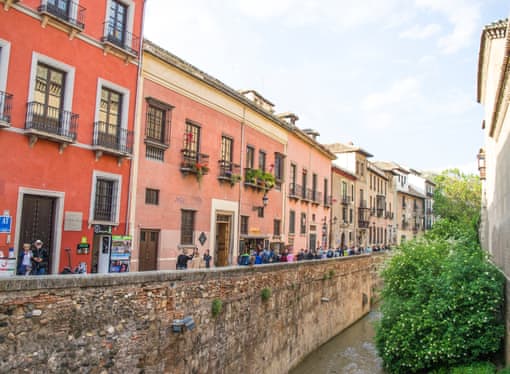 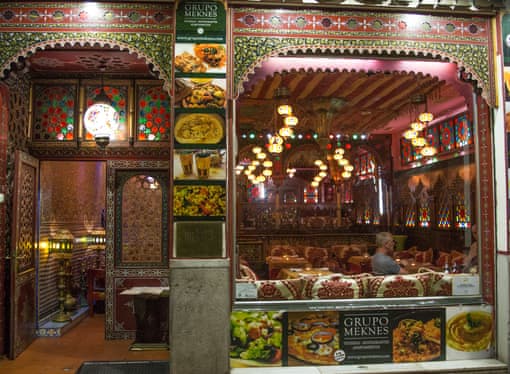 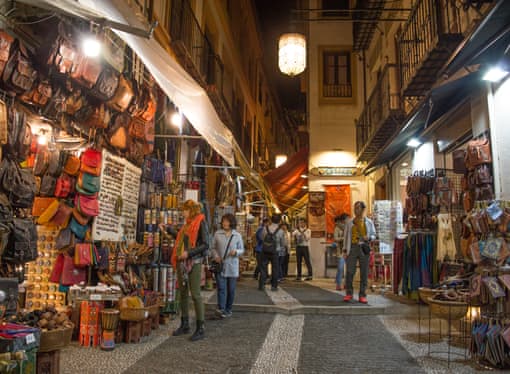 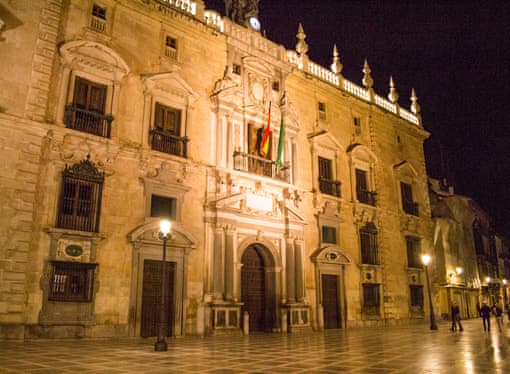 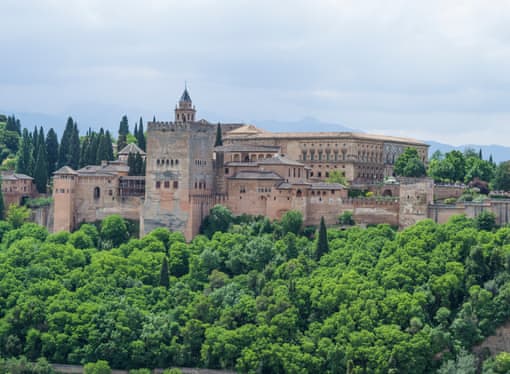 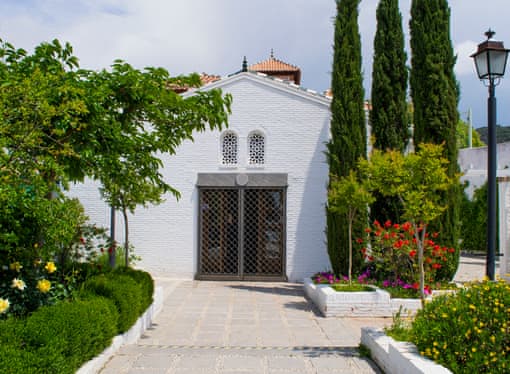 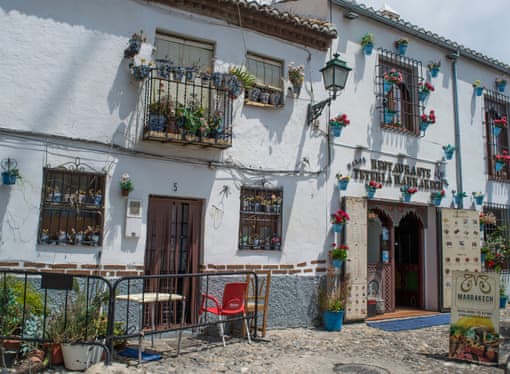 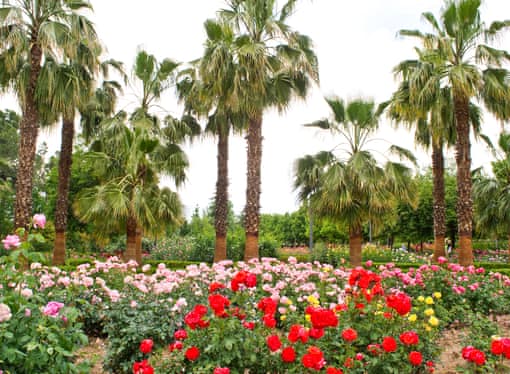 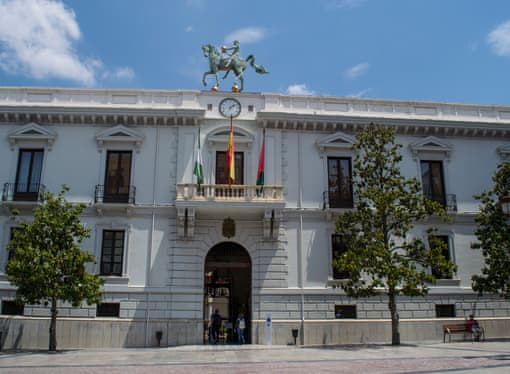